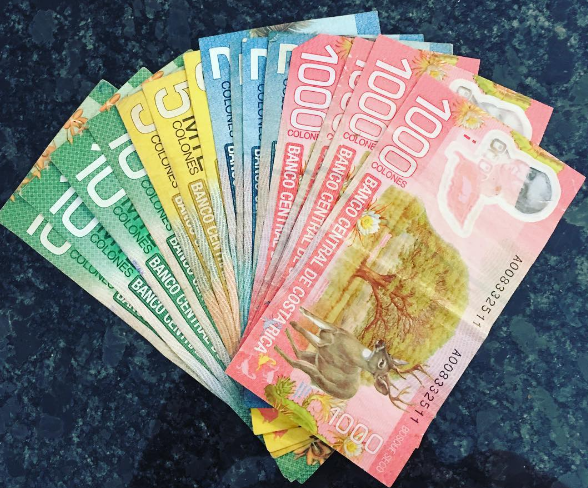 1,000 colones. 10,000 colones. Monkeys on the bills. Monopoly colored notes. Who even cares how much a round of shots are for your squad, you’re on vacation!

You worked hard for the money.

And Costa Rica isn’t the cheapest place in the world.

And as much as the Pura Vida vibe permeates this tropical paradise, there’s still some bad operators who will try to scam you.

The easiest way to tell how much something is in U.S. dollars is by doubling the amount it is in colones and dropping a few zeros.

It isn’t equal to that.

Some of the restaurants and businesses in Costa Rica will bring you the bill and ask for $80 when it should only be $72.54.

Yes, $8.46 isn’t that much money. But, it’s money that you worked hard for and you deserve not to get ripped off.

So, the best way NOT to get ripped off in Costa Rica is to follow these 5 simple steps: