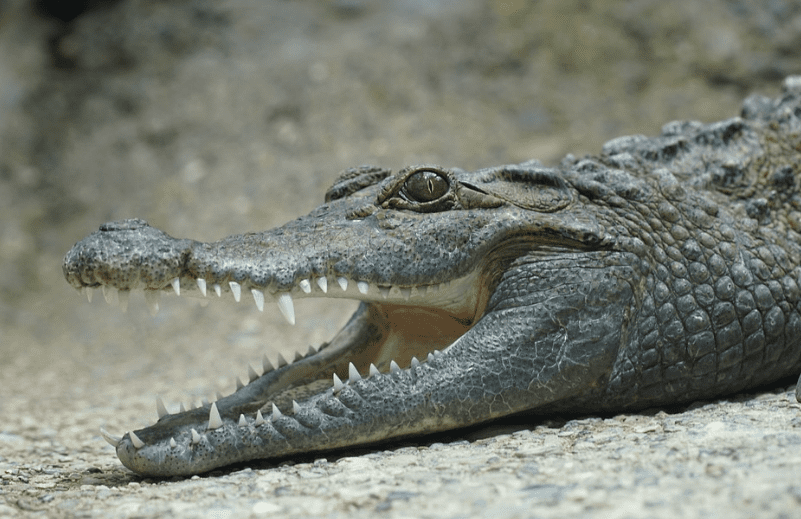 It’s a sad day in Tamarindo when a visitor to our beautiful surf town is severely  injured in a Crocodile attack.  Unfortunately, this attack was inevitable, a force of nature caused and perpetuated by illegal and careless human behavior.


I am a surf instructor here in Tamarindo and surf in the river mouth daily.  During my 4 years teaching surf in Playa Tamarindo, spending entire days in the water, day in and day out, I have encountered  crocodiles in the beach recreation areas only a few times.  In the past, these croc sightings were explainable by nature.

On one occasion, there was a massive school of minnows in the shore break and river mouth. Just being in the water made you smell like fish.  Obviously, the crocs would catch on to this feeding opportunity and go hunting.  That day I pulled my students out of the water with a croc about 5 meters away.

Later, two more crocs were spotted trolling the shore break snacking on the easy prey.  In other occasions when crocs were in the surf, their presence can be explained by nature once again.  During the heavy rainy season, the fresh river water dilutes the ocean’s saltwater. This expands the crocs hunting grounds as they prefer brackish mangrove swamps.  When the water is darker due to debris and rainwater, the crocs can leave their mangroves in search of food along the shoreline.  This is nature, and a risk that is excepted by all who enter the water in such conditions.

We are lucky enough to have the beautiful Las Baulas National Park adjacent to Tamarindo.  The park is a true landmark of Costa Rica;s natural beauty.  The increasing problem we face here in Tamarindo is the illegal and irresponsible behavior of a few riverboat captains conducting illegal “nature tours.”  These gentleman spend their days guiding tourists into the river mangroves and protected areas, charging around $25 per person.  This is a great business and a really enjoyable tour for any visitor to Tamarindo.

Like any tour operation, business can be competitive and of course every tourist wants the most “bang for their buck.”  Due to the competitive tour business and the lack of government supervision, a handful of these captains have begun guaranteeing croc sightings and even going as far as offering a “secret” croc show for the tourist’s cameras.

These crocs have been fed multiple times a day by humans and grow more comfortable with human interaction.  Avellanas resident Josh Babyak told the Weekly Crawler, “Just two months ago, I was launching my wave runner into the river and a 9 ft. crocodile was there.  I had to run it out of the way with the trailer  and he barely moved two feet.  He stayed there the whole time with no fear. Not good.”

The crocs are clearly becoming more comfortable around humans than ever before.  Recently, a photo was posted on Facebook of a crocodile in the middle of main street Tamarindo at night time halting traffic.

Crocodile in the middle of the road in Tamarindo

Long time residents of Tamarindo claim they have never experienced crocodiles behave so confidently.   Frequent Tamarindo visitor and Florida resident Mark Pedretty explained to me,” In Florida, crocodiles or alligators that have been fed my humans are killed because it is just too dangerous when these animals associate humans with food.”

According to a report by Jocelyn Ugarte of Costa Rica Hoy and The Costa Rica Star Online, biologists from the National Conservation System are aware of the reptile situation in Tamarindo.  Not only are the crocs being illegally fed, their natural mangrove habitat in Las Baulas Park is expanding, in turn increasing the overall crocodile population.  Jorge Hernandez, a wildlife protection coordinator stresses the importance of giving these animals space and absolutely do not feed them.

This issue is far from being resolved and will continue to be a danger for locals and tourists alike.  What can be done now is to end the illegal feeding and “croc nature tours” happening everyday.  As a visitor, I 100% suggest that you go on a tour of the Las Baulas National Park river and mangrove.  But before you go, understand that you might not see the biggest croc “on the hunt” or maybe not even at all.  Respect nature and your safety by asking your captain not to feed the reptiles during your tour as well as reporting them to local authorities or your booking agent if they do.  It is always a shame when a few bad seeds ruin something good for everyone else.  Tamarindo is a great place to enjoy waves and nature safely, with respect and intelligence.