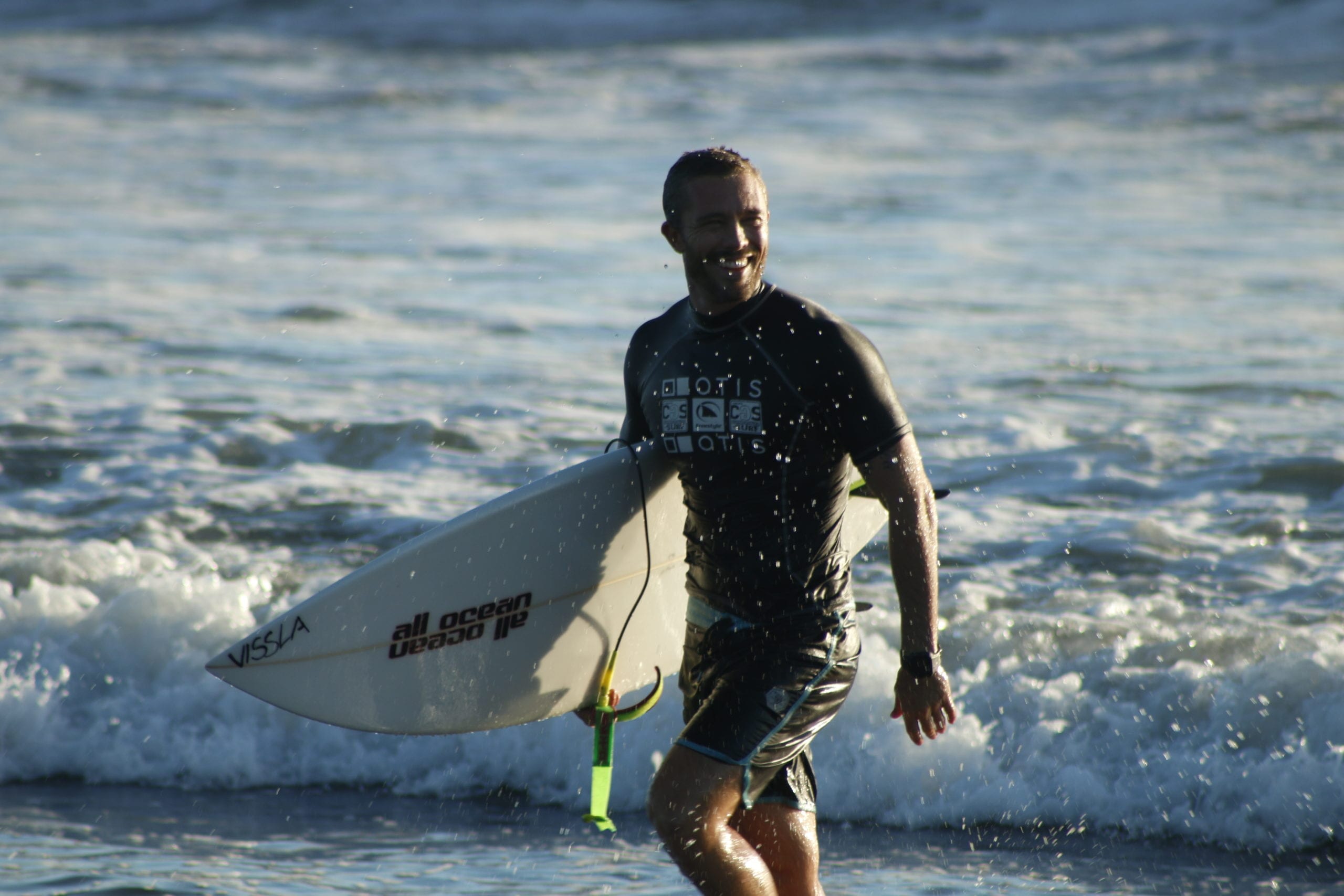 Well, here goes! Welcome to the first-ever Costa Rica Surfing World blog post written by me, Ellen Zoe Golden. Perhaps you know me from my 15 years of surf reporting in The Howler magazine, which was located here in Guanacaste, Costa Rica.  The magazine finished publishing this month, and I wanted to continue the coverage of our national surfers.

Or perhaps you’ve read one of my Tico Times news articles about the work of this country’s surfers here and around the world.

Nevertheless, I thought it was time to do my own blog about Costa Rica Surfing. And you’re reading it right now, so I must be doing something right.

Just off the bat, let me tell you that I’m an merely adept at reporting on surfers from Costa Rica, what they are up to, where they are competing, that sort of thing. You won’t find me expounding on the virtues of Kelly Slater or Gabriel Medina, except as it relates to one of our guys (or gals) from this country.

Believe me there’s plenty of news about Tico surfers.  So let’s get started.

Back in the ‘90s, when Tico surfers started competing in national contests at home, there were few opportunities to travel, and if one came along, it was as part of an inexperienced Costa Rica national surf team visiting another another Latin American country.  In 1999, when Antonio Pilurzu founded the Federacion de Surf de Costa Rica (FSC)  and implemented the Circuito Nacional de Surf (CNS), surfers like his son Federico Pilurzu, Andrea Diaz, Pedro Cruz, and Alvaro Solano could only dream of surfing the infamous North Shore of Hawaii.  It was a pipe dream, excuse the pun.

Pilurzu eventually made that dream come true for himself.  Funded almost entirely by his father, he was the first Costa Rican to compete on the Association of Surfing Professionals (ASP, now known as the World Surf League, or WSL) Qualifying Series (QS). In doing so, he reached the Top 100 of the QS rankings, which entitled him a chance to surf in dates of the invitation-only Hawaiian Triple Crown.

Last month, after a five year break, 32-year-old Pilurzu has returned to the QS with a plan.  At his warmup date at SEAT  Pro Netanya, at Kontiki Beach, he passed a couple of heats and was able to get some points on the board for his ranking.  ““ I needed to get started with anything at this low level, and Israel was one of the only options ,” he explained. ““I have a three-year plan that I’ve started now. It’s quite a long process to get points. I’ll do the QS1000s, then move up to the better contests after I accumulate some points.”

“Surfing is the thing that I love the most. When I was younger, I did the QS for the wrong reasons. In the last 6 months, I’ve realized why I love it and that it makes me happy to compete, not against someone, just doing my best, connecting with the rhythm and flow. I’m happy and I think I’m performing at the highest level.”

Back home in Tamarindo, last weekend, Pilrzu won the 2nd date of the Circuito Guanacasteco de Surf, a move that was also accomplished with his training strategy.  “For me, and the other professionals, the CGS is very important for us to be to be able to practice in a safer environment,” he added. “There’s a lot of pressure on the QS. On the CGS, I can push my level and replicate what I would like to do on the professional tour. I have the freedom to try things and see what works and what doesn’t. The more I am comfortable with my game, the better I’ll do when I go out. “

With the 1st place trophy in Marbella, the plan seems to be working for Pilurzu.

Today, Costa Rican surfers have the support of a myriad of sponsors who not only salary them, but finance trips to compete in those all-to-important QS dates.  For the last two years, Noe Mar McGonagle of Pavones and Carlos Muñoz of Esterillos were invited to the Hawaiian Triple Crown in December.  The results were marginal but both guys were super happy to have the experience.

McGonagle, the International Surfing Association world champion gold medalist, is back on the 2016 QS thanks to his sponsors.  At the end of January, he did a short stint at the Volcom Pipe Pro on the North Shore of Oahu. He was joined by Carlos Muñoz, arguably our most famous Tico surfer in the international arena.  Even though McGonagle and Muñoz were seeded for Round 3 because of their high rankings on the WSL Open chart last year, they both failed to pass onward.

Regardless, McGonagle said he was “super excited and the waves were looking good!”

Also in Hawaii to experience the Pipe, and support his brother in his contest run, was Alberto Muñoz.The positive attitude of McGonagle, was indicative of the Costa Rican drive these two surfers have out on the QS in their third year of the international circuit.  While the results of the Volcom Pipe Pro were not what they had hoped, they were happy to be in Hawaii and surfing the famous—and treacherous spot—for whatever reason.  Leon Glatzer, who along with Muñoz is sponsored by Volcom, was also in Hawaii, but things ended up different for him. Early on, during a free surf, Glatzer wiped out and cut his noggin badly, but he was not deterred: “When you surf the most dangerous wave, there will be consequences! Really happy to be alive and healthy. Thank you God!”

World Surfing Games Set to Head Back to Costa Rica

Back in Costa Rica, we had some pretty big news coming out of our government. You may remember that the ISA World Surfing Games took place in Playa Hermosa, Costa Rica back in 2009.  The event brought in $1.5 to the national economy via tourism related to the contest. Just after Costa Rica received its first team gold medal at the World Surfing Games last year in Nicaragua, the ISA once again approached the Federacion de Surf de Costa Rica (FSC) about the possibility of returning its international championship to this country.  When the FSC submitted its own request to the government here, they told there were insufficient funds in the Costa Rican coffers to present the event.

Following the return of the gold medal team, the surfers were awarded scholarship money from the government. FSC reproached the subject of hosting the World Surfing Games, and this time the government said they’d consider the possibility.   According to information released by the FSC, a gentleman named Enrique Garcia is spearheading this move towards bringing the championship back to Costa Rica. He is best known for his work organizing the national Costa Rica soccer team’s game against Spain back in 2013, as well as other sporting events.

Garcia said that the cost to present the world championship would be around $1 million, and would likely take place somewhere on the Pacific side of Costa Rica around the middle of July.  Two other countries are vying to host this year’s surf event, so he has to move quickly.

“We want a very well organized World Cup, in which we will not only have the best surfers in the world, but also attract families who can enjoy the beach. For this, we need the support of government agencies and private business, “explained Garcia. “We need to have the commitment of the government and sponsors who will realize that they will have worldwide media exposure with an event of this magnitude.”

Indeed, Randall Chaves, President of the Federacion de Surf de Costa Rica, says we are very close to making this happen.  Already he’s met with Carolina Mauri, the country’s sports minister, to try and work out the details.  Chaves says he already has a contract, which is being reviewed by the FSC legal department and could be signed in before the end of the month.

For the 5th year, Costa Rica’s Olympic Committee and Banco Nacional honored the country’s best athletes in a ceremony as a precursor to the 2016 Olympics in Brazil.  Although surfing will not be in the Olympics until 2020 in Japan, the 2015 winners of the Premio Colibri included the medalists from the ISA World Surfing Games in Nicaragua last June among those  for boxing, soccer, bicycling, volleyball, and more.

The Asociaion Latinoamerica de Surfistas Profesionales (ALAS) have announced their 2016 dates for their Latin Pro Tour. As was the case last year, Costa Rica will feature two stops on this circuito. The tentative schedule is:

That’s the first report. Hope you liked it. Feel free to email me with any comments or news at [email protected]

Ellen Zoe Golden retired from the entertainment industry, where she was a flack (publicist) for a slew of musicians and executives such as Billy Idol and Russell Simmons. She finds writing about surfing and surfers much more interesting than sitting on a tour bus or scheduling interviews (that inevitably get changed all the time). When she moved to Tamarindo, Costa Rica she met the legendary Robert August and everything changed. Thankfully she had a journalism background, and was able to overcome her own shortcomings as a surfer to write about the sport here in Costa Rica, as well as follow this country's athletes home and abroad. Fourteen years and counting on the keyboard stroking about the stoke.
Website
Search
Most popular articles
Upcoming Events