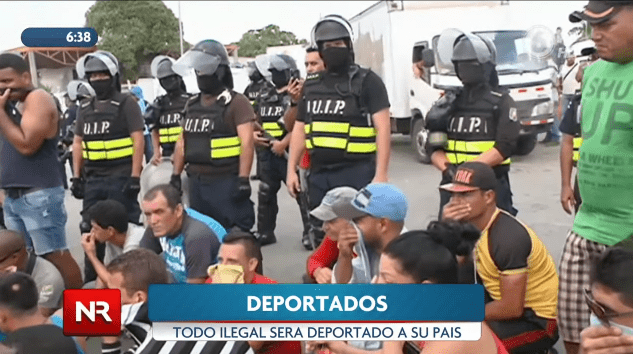 Just when you thought things couldn’t get stranger, the government of Costa Rica is taking Donald Trump’s advice when it comes to their immigration policies.

No, there won’t be a ten foot wall between Costa Rica and Nicaragua or Panama, but effective immediately the Costa Rican government will be deporting ALL illegal immigrants in the country.

This year Costa Rica has seen a huge surge in both immigrants from Cuba and Africa.

According to the Houston Chronicle, the Obama Administration might be behind the recent change in Costa Rica’s immigration policies:

The Cuban migration crisis exploded late last year when Costa Rica cracked down on a people-smuggling network, unleashing a chain reaction during which Nicaragua and then Panama closed their southern borders to undocumented Cubans. From the start, the U.S. government has referred to the Cubans as “undocumented immigrants” and urged governments in the region to tighten their migration controls as part of the fight against people-smuggling.