The 7 types of Gringos you meet in Costa Rica

HomeThe 7 types of Gringos you meet in Costa Rica 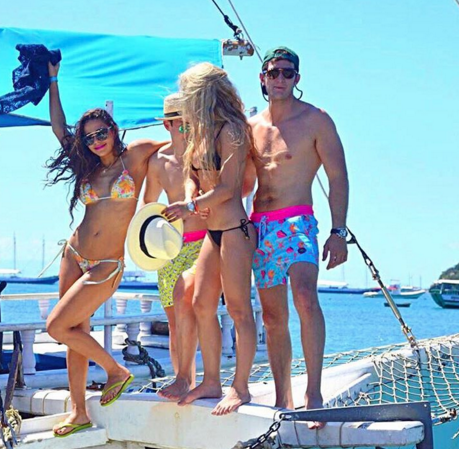 Costa Rica is an amazing country that’s just a short non-stop flight from most cities in the United States and Canada. Because of this, Costa Rica is full of Gringos (and if you’re Canadian the Ticos will still call you Gringo, soorrey!)

Just when you were able to tell the English from the Australian, the French Canadian lands into town. Are you Canadian? Are you French? You don’t speak English?! I’m so confused now….

Perhaps the least tan of the 7 gringos you’ll meet in Costa Rica. They may spend most of their day inside, but unlike their counterparts back home, the morning commute usually involves surfing, and once work is over a walk back on the beach at sunset.

Taking a year off to travel and manning a hostel desk was not what mom and dad had imagined for their child after college, but Costa Rica sure beats living in Houston or Atlanta!

She came to Costa Rica to find inner peace and zen, but unfortunately found it at the bottom of a wine bottle, not through peaceful meditation.

Cerveza. Nacho. Taco. Tequila. This was your friend in high school who failed Spanish AND got an M.I.P. but he still somehow managed to scrounge enough money to come to paradise.

Is it a coincidence that every time you go to the local sport’s bar he’s there? Or maybe YOU are the Happy Hour Guy???? Whatever the case may be, he’s at least supporting the local economy!

You’re not sure if he owns anything other than a board, wax, and swim trunks. You’re not even sure if he has a roof over his head! Always smiling, usually slightly burned, and won’t shut up about the last barrel ride he had.

Do you have any other types of Gringos you’ve met in Costa Rica? Add them to the comments below.