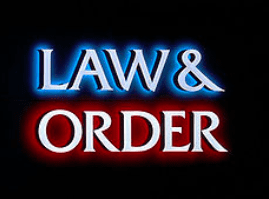 In the surfing lineup system, “kooky” based offenses are considered especially heinous.
In the town of Tamarindo, the dedicated “Surftectives” who investigate these vicious “surfelonies” are members of an elite squad known as the Psycho Surfers Unit. These are their stories…

You know you just made the “bum-bum” sound in your head even though I didn’t write it; what an original introduction right?

The high tide today is at 4:30 and the notorious surf gang, The High Tide Surfers, are leaving their secure office jobs and beginning their ritual high tide assault on Pico Pequeno, armed with deadly SoftTops and NSP’s, their trademark weapons. My Alana Blanchard look-a-like partner, Surftective Victoria Ka’i’walla-walla-ba’kini-omo (she likes Vicky) are on the job. We are lounging in some hammocks sharing a submarine sandwich when we notice the barrage of HTS gang members on Pico.  There is a good mixed swell and the waves were pumping before high tide. There will most certainly be kook offenses committed. Vicky and I grab our boards and paddle out to calm the surfers about to be invaded.

After the surfing gang clash the day before, Vicky and I need to go to the Ding Repair Shop to question surfers from both gangs and assess the damage. We are about 3 hours late because we went surfing and our morning routine of making out and Vicky cooking me breakfast took longer than usual.
Once we arrive at the Ding Shop, carnage is everywhere. Evidence of NSP lesions are on almost every dinged board. Vicky and I begin making our rounds, speaking to the surfers and taking notes about the previous day’s attacks. One surfer kept asking me, “Why? Why Surftective Tom? Can’t you stop this, will it ever end?”
I replied, “We will always have surf gangs in surfing. And you know that Pico Pequeno is a dangerous break to surf at high tide! But, I have a solution! My smoking hot Surftective partner and I have created a written version of the unwritten rules of the lineup!”
“No way!? Far out! Gnarly! Tubular!”
At this point I smack the surfer for using too many surfer cliches at once (part of the job). He comes to his senses and offers to share a submarine sandwich, so I agree and present him with the pamphlet Vicky and I developed as Surftectives to bring peace to lineups around the world!  It is available in 74 languages and was published in zero journals of study.

Tip 1: Learn the rules of the lineup and proper safety instructions from controlling your surfboard to surfing etiquette.  If it is your first time surfing, take a lesson with Iguana Surf Shop in Tamarindo. Ask for Tom, I heard he has great abs!

Tip 2: No matter experience or skill level, every surfer will face an intimidating lineup and conditions. In this case, be patient and do not paddle at every wave that comes towards you. Mind the more experienced surfers and be confident that you have control of your equipment. If you are continually loosing control of your board, you should consider looking for easier conditions. You want to push yourself while surfing but also have fun. Endangering other surfers because your ability has yet to reach a certain level is selfish. This one occasion when surfers become angry and can be aggressive in the lineup.

Tip 3: If it’s your fault, admit it and apologize. Everybody makes mistakes. But do not commit the same mistake over and over again. This is also when surfers become upset becomes it makes it seem like you don’t care if they get good waves too.

Tip 4: This is for the offender and the victim, CHILL OUT! Surfing is supposed to be fun when it comes down to it. Also, surfboards are made to be beaten up and/or dinged, it happens! Yes, in advanced conditions it is vital to focus on what is going on with no time for chit chat or smiles, but as I mentioned in Tip 2- make sure they are conditions you can be safe in, if not, paddle out. Often times surfers get angry when they feel either themselves or their equipment is in danger and can lash out at the surfer that makes mistakes. This is understandable but getting angry or even violent is never good for your session or to solve the problem. In reverse, too often do experienced surfers become overly aggressive in fun conditions or for a multitude of random reasons. There are dicks everywhere on this planet, no way to avoid them in the lineup either. They could be having a bad day or feel like you’ve have wronged them in some unspoken or distorted manner. Remember hold your ground and ignore surfers like this, the ocean is for everybody.

Tip 5: There IS an unspoken hierarchy in every lineup. It’s not about who is local or who knows who.  It is about respecting your fellow surfers in the water.  If there is a more experienced surfer whom is catching a lot of waves, let him get his waves that he spots and paddles for.  Most likely this surfer is a local and surfs here frequently so he knows the wave’s conditions very well.  Respect that, but also go for waves that you spot and paddle for.  If you are just floating in the lineup, paddling for every wave no matter what, or paddling and then not going (wasting waves), more experienced surfers will not respect you and ignore your presence in the lineup.  If you are being active in the lineup, catching appropriate waves for your skill level, other surfers need to respect you as well.  Assuming that you have a right to catch waves the same amount as everyone else, you’re insane.  Surfing is hard, and catching waves is almost a separate sport in its own right.  So respect surfers that have worked hard to become good surfers and in turn you will receive respect as you progress and climb the hierarchy yourself.

Thanks for reading and supporting the Weekly Crawler! Editor – Peter Moorman

Personal Info: Tommy Michael resides in Tamarindo and works as a Surf Photographer and Surf Instructor. Visit his Facebook page at www.Facebook.com/BADfishPhotography or Instagram @TommyViajero

0
« The true reason why groceries are so expensive in Costa Rica
Which island is bigger? Hawaii or Costa Rica? »

Tommy is a photographer/surfer who is most likely to either be seen surfing the barrels down at the river-mouth or cruising around town on his motorcycle. You can check out his photos at Bad Fish Photography.
Website
Search
Most popular articles
Upcoming Events