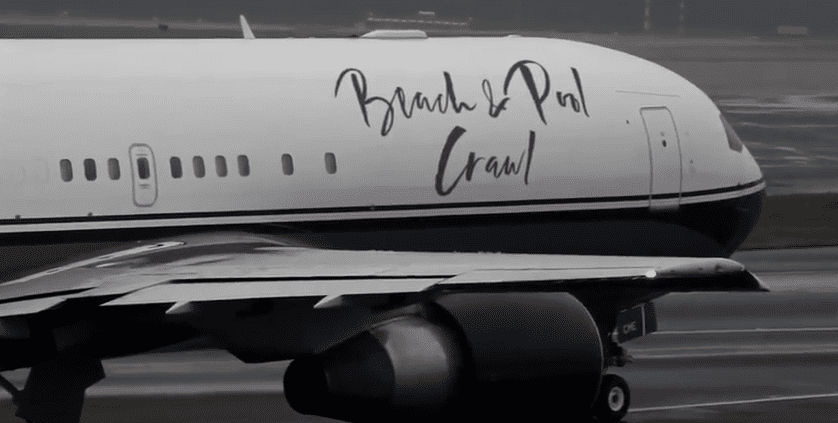 The popular Sunday Funday Beach & Pool Crawl recently took delivery of a Boeing 737 jet that was delivered on Thursday to the Liberia International Airport.

The Beach & Pool Crawl is expanding operations from only once a week on Sunday afternoons to now offering a crawl on Wednesdays.

The Wednesday crawl will depart from Sharky’s terminal A and have 3 stops: Havana, Atlanta, New York City, then back to Sharky’s.

“With Cuba opening up to more tourism, more Americans and Canadians visiting Costa Rica, along with the expansion of the Liberia airport, it was an easy decision. Plus, this is one of the few flights where public intoxication on a plane is not only allowed but encouraged,” says ‘Pool Crawl’ Pete, the owner of the Beach & Pool Crawl.

Tickets for the expanded Wednesday crawl start at $3,000 each and include a free shot in each city. Tickets are available at Coral Reef Surf Hostel, Tamarindo Backpackers, Tamarindo Hostel Resort, and Wild Panda Information Center.

Below is video of the new Beach & Pool Crawl jet taxiing at the Liberia International Airport:

0
« We know if you’re a shortboarder or a longboarder based on these 5 simple questions.
Hiring a Nanny (Babysitter) in Costa Rica »
Search
Most popular articles
Upcoming Events