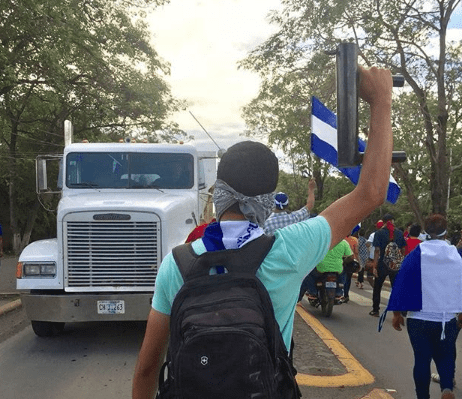 More bad news out of Nicaragua.

This is the latest from the U.S. Embassy in Managua:

“Demonstrations are expected to take place the evening of May 25, 2018, and there is a strong possibility of continued civil unrest throughout the weekend across the country.

The U.S. Embassy in Managua reminds U.S. citizens in Nicaragua that several Nicaraguan laws could be construed to prohibit foreigners from participating in demonstrations, marches, and protests. Article 1 of the Nicaraguan Constitution prohibits foreign interference in Nicaragua’s internal affairs. Likewise, the Migration and Foreigners Law lists two different activities that could render a foreigner’s lawful residence in Nicaragua invalid: participation in national politics and/or participation in activities that aim to destabilize Nicaragua economically or politically. Nicaraguan authorities may enforce these laws against foreigners who participate in public protests. Additionally, we are aware of Nicaraguans with a second nationality who have received threats from Nicaraguan government officials due to their foreign nationality combined with their participation in recent demonstrations. We ask that you keep these factors in mind when deciding whether to participate in demonstrations.

U.S. Government personnel in Nicaragua continue to be advised to remain in their homes and avoid unnecessary travel, and when commuting to and from work are advised to avoid Rotonda Universitaria, the vicinity of all universities, and a growing area near UNAN based on ever-expanding roadblocks and concerns of violence.

Recent days’ events have shown that locations, routes, times, sizes, and possible violence at demonstrations are all unpredictable. The U.S. Embassy is also aware of roadblocks causing difficult access to and from Matagalpa, Granada, Leon, and other locations around the country, as well as transportation difficulties within Managua. The Embassy has limited resources to assist U.S. citizens affected by these circumstances and is closed Monday, May 28, 2018, in honor of U.S. Memorial Day.

0
« The best tours and activities in Tamarindo, Costa Rica
Top things to do in Tamarindo if you aren’t into surfing »
Search
Most popular articles
Upcoming Events