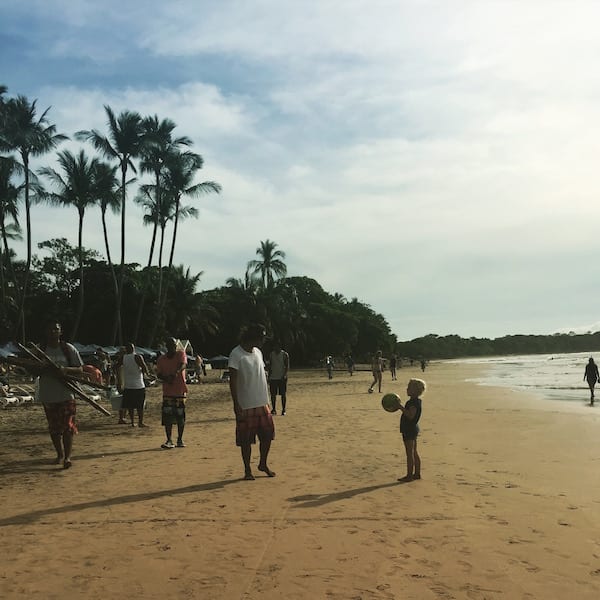 It is my opinion that the term ‘Third World’ is not relevant anymore.  It certainly does not have a definitive definition and is often times misused.

Calling a place Third World really is archaic.  The idea that there is not one world, but three dates back to the Cold War where the nonaligned nations, the predominantly poor nations, were designated the Third World.

Present day, people have adopted the term as a way to refer to very impoverished countries and regions of the world, making it an umbrella term to typecast the political and economic life of Latin America, Africa and Asia.

When you look at the many things Costa Rica has in place, that even the U.S. and other countries don’t have or are struggling to get organized, ‘Third World’ really is not applicable in the conversation.

My assignment for this week was to write about why I think Costa Rica is NOT a Third World country.  I had a really difficult time putting my thoughts together with this topic because I’m not convinced that you can so easily describe an entire country in two words, and maybe I don’t know enough about the country as a whole to write an informed article.

I decided instead to change my topic slightly and take to the streets to interview both travelers, expats and locals to get an idea what a small sampling of Tamarindo thinks…here are just a few of the quotes I received when I asked, Is Costa Rica a Third World country?

“For me it’s an emerging country because in certain parts they are quite developed.  Costa Rica has a good and functioning health care system, a good education system (access for every child as primary school is for free), they gain 99% of their energy needed from natural resources which should be an example for the whole world. But then there is a big difference between the regions and especially in Guanacaste there is so much poverty.”

“Yes, I think it is a third world country, definitely higher up on the development scale, but still classified as a third world country. The term itself is outdated. The only reason there are first world countries is because of the amount of gold and silver, humans, other natural resources some countries in Europe and later the United States have exploited from Africa, Asia and South America through colonialism and slavery, a handful of countries were able to become wealthy at the expense of the rest of the world, and we’re still dealing with that.”

“I don’t think Costa Rica is a Third World country.  Everyone I meet that has traveled through Costa Rica is surprised because they thought it would be really poor, but it’s not.  I also think that people do have everything they need. They just don’t need all the things we have because they are already happy with less than we are used to.”

“Yeah I do think it is a Third World country, but it is developing more than the other countries of Central America.”

“It is classified as one, but when thinking of  what we have compared to other countries, Costa Rica has a lot more to offer such as internet, digital TV is now available, health services to everyone (that we all pay for together), most of the roads are paved, free education for all until you graduate from high school, there’s a lot of good stuff that not a lot of other countries have but we are in the same category as those countries.”

Seven mosquito  bites and a small sunburn on my shoulders later, the results of my poll showed a pretty equal divide between what people’s opinions were on whether or not Costa Rica is a Third World country.

All I know is that Costa Rica is rated the #1 happiest country on the planet by Happy Planet Index.  It is my thought that if you have a country with happy people that have clean water and food in their bellies and don’t require much else to be happy…it’s not necessarily ‘Third World,’ more in my eyes that they are content with their simple life…and it is other people’s view on what this country doesn’t have that they categorize it as ‘Third World’.

I also know that this author couldn’t survive in a place without particular living conditions and key necessities being met…and I am able to live contently here with only the minor irritation, so take that for whatever it’s worth.

What do you think?  What has been your experience living in Costa Rica?  What is your definition of Third World?  If you are not a local, was your initial opinion or expectation of Costa Rica accurate, or what surprised you?  Share your experience in the comments box below.

For more information on this author visit The Wanderlust Diaries

0
« Casa Aura Hostel in Tamarindo: Interview with Nacho
The Caribbean Costa Rica: the other side of paradise »

Rachel is a travel and lifestyle blogger from Arizona, but based in Costa Rica. She writes about travel, style and authentic living at thewanderlustdiaries.com
Website
Search
Most popular articles
Upcoming Events