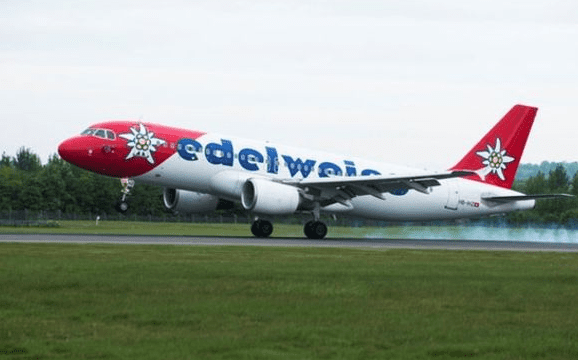 Mauricio Ventura, the Costa Rican Minister of Tourism, made the announcement.

Less than a year ago, we announced that this prestigious airline, a member of the Lufthansa Group, was beginning operations [in Costa Rica]. Today, we are very pleased to confirm an additional third flight, which will allow us to continue growing in this important market, which has increased almost 25% over last year.

This decision, which we are officially announcing at ITB, is due to the success of operations in the country, as well as the exemplary work that ICT carries out alongside the private sector, which helps in advertising flights, builds trust in the destination, and contributes to the teamwork necessary to continue growing. Without a doubt, it is an example for the rest of the world.

The route is operated with a new Airbus A340-300, which has a capacity of 314 passengers. Edelweiss Business Class is equipped with 27 completely reclining seats and a next-generation entertainment system with a sixteen-inch HD touchscreen. Economy Max contains 76 comfortable seats with 6 inches of extra legroom, a better reclining angle, and many other additional comforts. The 211 economy class seats offer a very pleasant flight experience, with an on-board entertainment system that also boasts an HD touchscreen.

The new flight is on Saturday.

Here’s the current flight schedule for the 3 direct flights Edelweiss operates from Costa Rica to Switzerland.

Edelweiss flights from San José can be reserved via swiss.com and lufthansa.com